If you’ve been told that you need a root canal, it means that the pulp-filled cavity of your tooth has become infected or inflamed.

Where is the Pulp of the Tooth?

A healthy tooth is made up of enamel (the outside layer), dentin (a hard tissue) and the pulp (a soft tissue that contains the tooth’s nerves and blood vessels). The pulp of the tooth extends from the crown, which is the portion of the tooth that you see, all the way through the roots of the tooth. If the pulp of a tooth becomes infected or inflamed, root canal therapy is required to remove it and relieve the symptoms associated with the infection.† 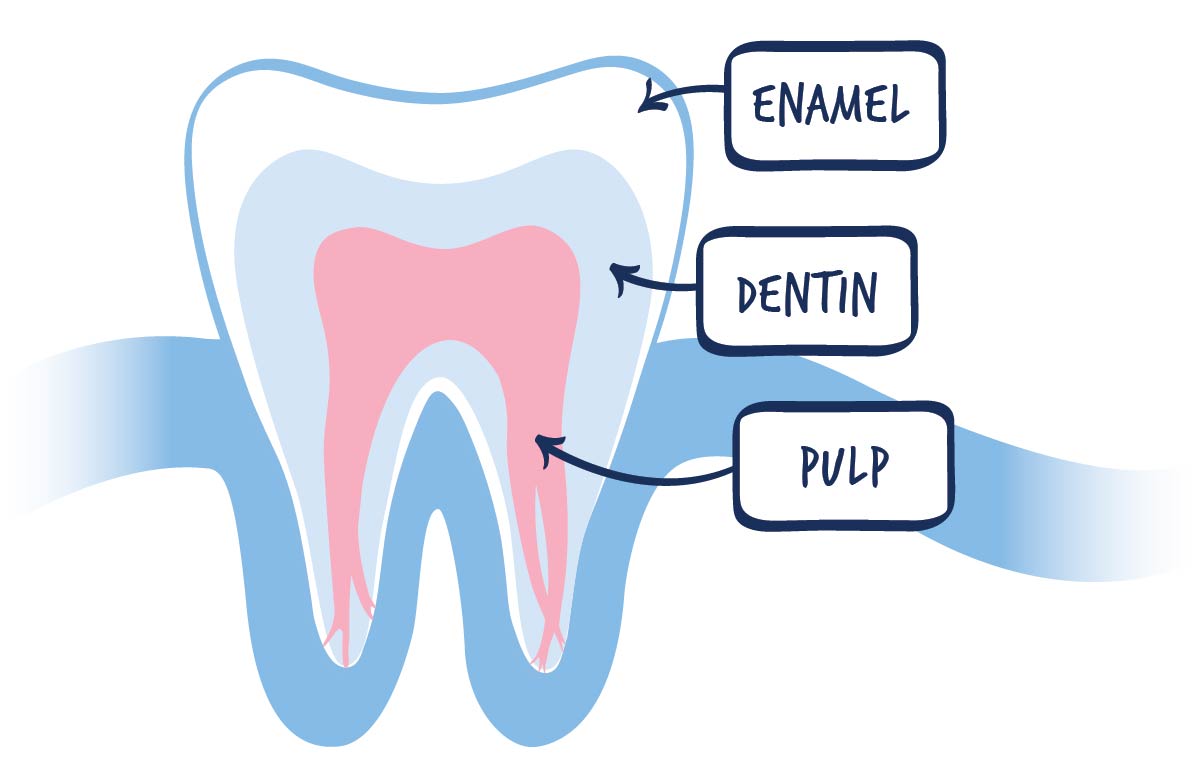 The pulp of the tooth may become inflamed for a variety of reasons, including:*

How Do I Know if I Need a Root Canal?

If you have an infected root canal system, there are various signs and symptoms you may be experiencing, including:**

Standard root canal treatment (RCT) is the type of root canal therapy that has been around the longest. In fact, the roots of standard RCT go back to 1838,* when the first root canal instrument was constructed from a watch spring.

During standard root canal treatment, files and treatment fluids are used to remove the infected pulp tissue and clean and disinfect the root canal system.

Before treatment, patients can expect to receive either local anesthesia or a numbing agent to reduce discomfort. During treatment, fluid is placed through the root canals and files are used to remove the infected pulp tissue. After the root canal system is cleaned and shaped, the canals are filled and sealed, and a temporary filling is placed to close the opening. The final step of standard root canal treatment is the placement of a filling or crown, which typically occurs at a second appointment.†

But, since the root canal system is very complex and consists of several twists and turns, standard RCT can leave behind infected tissue.2 It can be difficult for the files used in standard RCT to reach through the entire canal system, including the microscopic crevices of the canal wall. 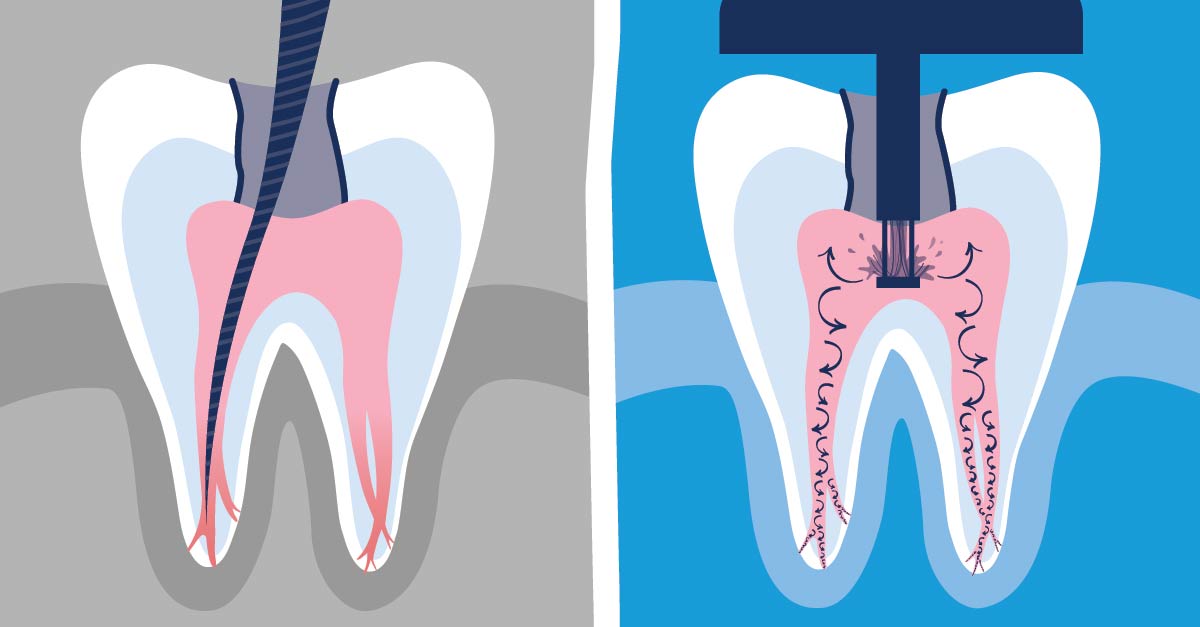 The GentleWave Procedure has been described as more comfortable than standard root canal treatment.4 While it is minimally invasive,1 the procedure fluids are still able to reach through the entire root canal,1 including the microscopic spaces that standard root canal treatments cannot.3 And since the GentleWave Procedure cleans the deepest, most complex portions of the root canal system,1,2 there’s less chance of failure over time!4 In addition, this fast-healing4 root canal procedure can be completed in just one session,4 while standard RCT often requires two appointments.

Both dentists and endodontists perform root canal therapy, allowing you to seek treatment from either your dentist or be referred to an endodontist. But, as you look into your provider options, it’s important to consider whether you want standard root canal treatment, or the GentleWave Procedure.

To find a dentist or endodontist with the GentleWave System in your area, use our Provider Locator.

*Castellucci, A. A Brief History of Endodontics. Endodontics, Volume 1, Pg. 2

The GentleWave® Procedure is a medical procedure that is designed to prepare, clean and preserve the structure of teeth1,2,4 indicated for root canal therapy. Comparable to similar treatment options, there is a potential risk of adverse effects. If you are considering the GentleWave Procedure, ask your clinician if you are a proper candidate.